We believe that the Market-wide Circuit Breakers triggered in March 2020 functioned well and contributed toward market stability. There is, however, room for improvement, especially during the pre-open / Extended Trading Hours, when coordinated rules do not apply in U.S. markets, which is why we propose the following enhancements:

Market-wide circuit breakers (MWCB) are temporary measures implemented to halt trading of listed U.S. equities at pre-determined price decline limits of 7%, 13% and 20% of the S&P index measured against the prior day’s closing level. MWCB are intended to establish calm by allowing the market to reset in a measured way to support liquidity following a 15-minute trading halt. At each MWCB level, the entire U.S. equity exchange complex and all related futures exchanges enter a 10-minute halt followed by a five-minute auction period.  The halt is designed to curb prolonged, extreme price declines in financial markets.

MWCB were originally adopted in the U.S. following the events of the “Black Monday” stock market crash of October 19th, 1987. They were further refined after the May 2010 “Flash Crash”. Current MWCB implementation has been in place since 2013, and was not triggered until March 2020.

In periods of heightened volatility in March 2020, MWCB coordination among exchanges worked exceptionally well during Regular Trading Hours (RTH). Many industry participants have highlighted that MWCB engendered trust and stability in price discovery and liquidity sourcing.

It is our opinion that at all times – and especially during heightened market volatility – properly functioning markets must allow for the continuous exchange of risk and price discovery. Market structure features that limit these principles should be reconsidered.  To that end, we believe that there is room for improvement that would allow for better hedging, price discovery, and risk management, especially during Extended Trading Hours (ETH) and immediately upon RTH open.

E-mini S&P 500 (ES) index futures on CME are, quite simply, the key global equity benchmark and are used world-wide for risk transfer, hedging, portfolio valuation and risk assessment regardless of the trading session. Related products such as ETFs (e.g. SPY) and volatility-related derivatives are also used world-wide for risk transfer. During volatile market periods, it is vital that these products remain open as much as possible, during both RTH and ETH.

ES futures trading on CME have a 5% up and down limit during Extended Trading Hours (before and after the US equity markets are open). If that limit is reached, the futures remain open for trading, but cannot trade outside of the bounded limit level. This means that futures are effectively closed for price discovery and risk transfer outside of that +/- 5% bound, eliminating their utility as a hedging instrument and as a leading market-wide price indicator for valuing portfolios and managing risk.

During March 2020 ETH hours, the ES futures went limit up or down on several occasions, each time halting trading outside the +/- 5% bound.  We have zoomed in on three instances where ES futures went limit down while SPY ETF continued to trade at decoupled levels.  During each period, overall liquidity levels in the S&P Complex and the composition of that liquidity materially changed.

Upon the open of ES during RTH after the ETH price limit lifted, total notional complex volumes exploded to an average of $123B, with the SPY contribution falling by nearly half in the first hour of open trading.

The dramatic change in liquidity composition demonstrates the importance of ES futures for risk transfer and hedging. While ES was closed, many market participants were forced to the side lines and only those able to trade SPY as a proxy did so.

During each period in which ES went limit down during ETH, the liquidity profile of the S&P complex distorted from its typical composition.  This results in inefficient risk management by market participants who rely on access to ES and cannot access SPY as an alternative.  In short, the market structure penalizes those it seeks to protect – investors who rely on ES with limited access to alternative risk management products.

Lack of Coordination in ETH

During the ETH periods where ES trading was limited but SPY remained open, there was significant price dislocation between two otherwise highly correlated products. Many participants used SPY to hedge S&P 500 Index exposures and not ES, but not all were able.  In these moments, SPY reflected the true market value of the S&P index while the ES reflected an artificially limited move from a reference price.  Upon open of ES trading following the removal of ETH limit, ES converged to the SPY implied price every time.

The following graphs illustrate the dislocation and subsequent reversion. Each show the hour-by-hour relative price move for SPY and ES vs the previous day’s closing price on each of the days that ETH trading halts were triggered in March 2020. The periods where the ES futures were limit down is shown by the flat line at the 5% down level. While ES was limit down, SPY continued to trade lower.  Following the removal of the 5% limit down upon the start of RTH, ES futures gapped lower to match SPY.

During times of market stress and heightened volatility, market participants require real time price discovery and access to liquidity in order to manage and hedge risk.  Reducing the liquidity pool by limiting ES trading and allowing for prices on highly-correlated assets to dislocate, inhibits risk management, increases volatility in markets and ultimately reduces confidence. During the ETH hours of March 2020, we saw SPY and ES pricing in a difference of more than 2% while overall notional complex volumes dropped nearly 90%.

We believe that these price dislocations lead to inefficient trading for some parties. While we prefer to see the ES able to remain open and tradeable, coordination across the exchanges, as is already implemented in RTH, is key.

Triggering Circuit Breakers on the Open

On March 16, 2020, MWCBs triggered immediately after the normal RTH U.S. equity market open. The opening auction values for stocks, as determined from the equity market opening auction procedures for both NYSE and NASDAQ, resulted in a calculation for the S&P index to open 7% down from the previous day’s close, thereby triggering the Level I MWCB.  Therefore, on March 16th there were two back-to-back auctions – one at the open and 15 minutes later after the Level I MWCB.

This caused an unnecessary delay to the market opening.  At all times, but especially during times of increased volatility, any delay to price discovery and access to liquidity adds volatility to an already uncertain moment.  Any mechanism that needlessly increases uncertainty should be reconsidered so that price discovery and risk transfer is allowed to continue.

Optiver believes these shortcomings should be addressed with the following enhancements.

As noted above, during ETH, products trading on futures markets do not follow the same mechanism for triggering circuit breakers/halts as during Regular Trading Hours – they remain “open” but not tradable below/above fixed levels, contrasting to U.S. equity markets which are halted and re-opened by auction shortly thereafter.

We recommend changing the current ETH mechanism employed by CME Group exchanges to match the RTH mechanism. Specifically, when a pre-defined limit up/down level is reached, the instrument goes into a 10-minute halt period followed by a five-minute auction and thereafter continuous trading.

This permits futures to serve their vital function as risk-transfer mechanisms and solves a technical issue with the current model. Currently, ES futures remain in an “open” market state when it has reached a limit level. This is technically correct because the futures are open for trading, but only on one side and likely not at an efficient level. This causes havoc on risk management systems and pricing models that cannot easily differentiate that ES is no longer dependable as a leading price indicator, and results in unreliable price discovery.

We believe that altering the ETH limit mechanism to match the RTH halt mechanism is a simple fix because it has already been implemented by other exchanges during ETH, and by CME during RTH. Doing so will reduce overall complexity and support continuous price discovery and risk transfer in an orderly manner. Because reliable, consistent price discovery is essential to efficient markets, CME Group should address this issue.

While there are operational challenges to overcome in order to better coordinate markets with diverse RTH and varying levels of liquidity, Optiver firmly believes that highly correlated products should be treated in a consistent way, and not as observed between ES and SPY in March 2020. Without coordination, trading occurs at fragmented liquidity levels and at inefficient prices. We believe that innovative and robust US financial markets are capable of overcoming operational challenges to deliver better liquidity and price discovery for investors worldwide.

In order to prevent disjointed trading that results from markets opening 7% (or more) down from the prior day’s RTH closing reference price and halting immediately, we propose that the opening auction is used to recalibrate the reference price for MWCB. We believe the opening auction is an effective and efficient mechanism to support price discovery in cash equities. The material amount of volume that is traded during that auction reflects the confidence market participants have in those prices.

Recalibrating MWCB reference at the open will permit smoother trading, continuous price discovery and risk transfer early on in the RTH session. It will also support tighter MWCB levels later in the day. For example, the MWCB levels could trigger after 4%, 8%, and 12% moves – referenced to the opening index level, respectively. This would provide the market additional high-liquidity moments later in the RTH session, particularly on volatile days, without necessitating a double auction near the open.

As with extending the MWCB mechanism to RTH, Optiver recognizes the operational complexity of this proposal, especially due to the varied opening auction models in place across different exchanges. However, we believe it is worth undertaking as a further enhancement to the current MWCB model to support liquidity and price discovery.

We believe that MWCBs functioned well during March 2020, and contributed toward market stability, liquidity and price discovery.

There is room for improvement, however, that would support better hedging, price discovery, and risk management, especially during ETH, including:

Optiver calls on the industry to implement these enhancements to further fulfil the role of America’s financial markets as a global leader in efficient risk management, hedging and price discovery. 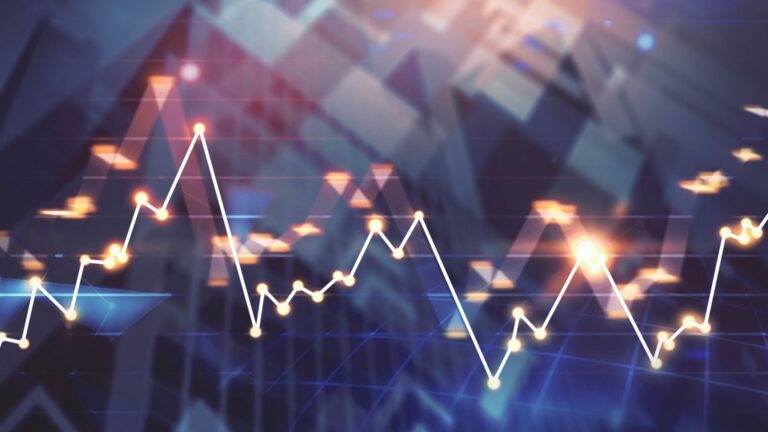