The European Girls’ Math Olympiad (EGMO) is taking place in the Netherlands from 15-21 April 2020 and Optiver is sponsoring the Dutch and Australian girls’ teams as well as the championship itself.

“As an equal opportunity employer committed to diversity, we always encourage girls and women to pursue careers in science, technology, engineering and math (STEM) related industries, such as electronic trading. By sponsoring the European Girls’ Math Olympiad, we are able to motivate girls at an early age to unlock their potential by choosing STEM subjects at secondary school and eventually at tertiary level,” said Kjelle Blom, Chief Operating Officer at Optiver Europe.

According to Quintijn Puite, Director of the Dutch Mathematical Olympiad Foundation, which is hosting EGMO 2020, this year’s championship boasts the largest number of girls since the inception of EGMO in 2012. “Although more than 200 girls from more than 50 European and guest countries will be competing in this year’s EGMO, girls still only make up 10% of all math Olympiad participants in Europe. Competitions like these are vital to show girls from a young age that they have what it takes to succeed in mathematics.”

From mathematical olympiad to the trading floor

Meet Ashley, Lead Desk Engineer at Optiver. She shares her experience participating in Mathematics Olympiads and how it helped in her current career.

Mathematical Olympiads played a pivotal role in my development as a teen, in many ways it shaped who I am today.

In addition to supporting girls at school level, Optiver’s various offices support organisations and events that seek to inspire women to choose technology and trading careers and provide support along the way. These include Shesharp, Dutchess Capital, City View, Women in STEM and various women’s societies at Universities across the world and many more. 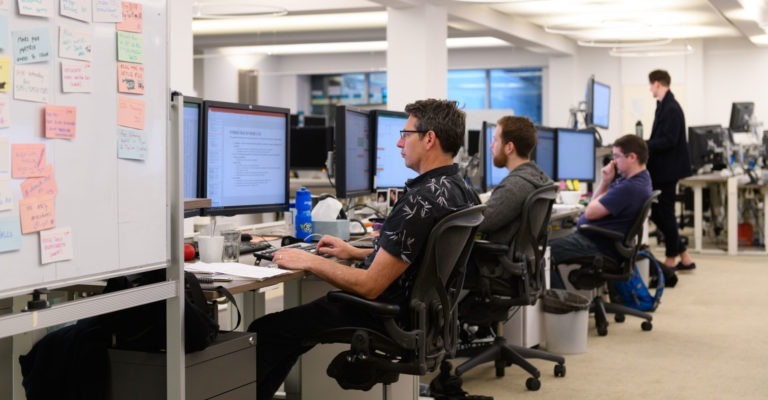